Home » Hunger » What Will Be the Most Effective Way of Overcoming the “Hurricane of Hunger”?

The Secretary General of the United Nations has described the coming famine around the world as a “hurricane of hunger.” Many experts are saying that hundreds of millions of people could be in serious danger of dying. If even just 60 million of these people were to die, this would be the worst famine in human history.

To solve a problem efficiently, we must first understand its cause. First of all, we must realize that this disaster has been brewing for at least the last 20 years. Before the year 2010, famines in Africa rarely affected more than 10 million people. By 2017, when the U.N. declared a famine in Africa and Yemen, 20 million people were in serious need of food aid, according to the U.N. Food and Agriculture Organization (FAO). By 2020, that number had risen to 40 million in Africa alone. This last year, it rose to 60 million people. However, this monstrous number of people was almost totally fed by the World Food Programme, so few people elsewhere realized what was happening. Nevertheless, I could see, for months before the harvest each year in Tanzania and Malawi, growing lines of people pushing bicycles along village roads, each with a 100 pound sack or two of donated grain on the back of the bike.

In other words, this “hurricane of hunger” was not caused by the war in Ukraine or the sanctions put in place to try to end that war. Furthermore, while food aid can prevent some people from dying in the short term, it is not a solution to the problem. It may feed some people now, but it only masks the problem, allowing it to grow larger and larger. Food aid is not a cure; it is only a short-term band-aid.

The fact that this “hurricane of hunger” has been growing worse and worse for over two decades is, in fact, consistent with what is most widely believed to be causing the crippling droughts across the developing world: that of climate change. But we have convincing evidence that climate change is only about 20 percent of the problem. The actual rainfall across Africa has not decreased by more than 5 percent. Such a small decrease could not be causing the devastating droughts that are now occurring every second or third year across most of sub-Saharan Africa.

But even more convincingly, we have been working the last decade on a technology called green manure/cover crops (gm/ccs). These are plants, including trees, bushes, crawlers, and creepers, that fertilize the soil, control weeds, and overcome droughts. In at least five nations—Mali, Zambia, Malawi, Mozambique, and Madagascar—there are thousands of farmers who have been using these gm/ccs for at least six years. In that time, their yields in years of good rainfall have increased from less than 1 t/ha to 3 t/ha/year. But their yields in droughty years have increased from almost nothing to about 2.5 t/ha! That is, once the soil has been improved, the droughts reduce farmers’ much-improved harvests by less than 20 percent. Lack of rainfall is obviously not the major cause of the droughts. So what is the cause?

For over 2,000 years, African farmers kept their soils fertile by forest fallowing (also called “slash-and-burn agriculture”). This system kept the soil fertile for millennia with no use of synthetic fertilizers, in spite of the people consuming significant amounts of nutrients taken from the soil four or five out of each twenty years. That forest also kept the weeds under control, kept the soil moist, largely controlled insects and plant diseases (without pesticides), produced tremendous amounts of biomass, and sequestered millions of tons/ha of carbon in the soil, for literally millions of years. And they did this all with absolutely no human labor.

What is the problem now? Because of human population growth, the amount of land available for Africa’s rural households decreased during the 20th century to less than 1.5 ha/family by the 1980s. With that amount of land, farmers could not fallow their land for 15 years, as they had for centuries, and have enough land left over to produce enough food. Farmers began reducing their fallowing time from 15 to 10 years to 8 years, 4 years, and eventually nothing. Forest fallowing is now on its deathbed across sub-Saharan Africa. As a result, the organic matter content of the soil has dropped from the normal 4 percent before the 1980s, to less than 1 percent today. This has caused the rainwater infiltration rate to drop from 60 percent to 10 or 20 percent. Thus, even without climate change, the amount of water in farmers’ soils is now just 1/3 to 1/6 of what their crops enjoyed 30 years ago. Furthermore, without enough organic matter, the soil becomes rock-hard, so crop roots cannot penetrate the soil, either. It is, in fact, primarily because of a lack of organic matter that Africa is suffering these crippling droughts.

What can we do about all of this? The fact that soil degradation, rather than climate change, is the primary cause of the increasing hunger means that the farmers themselves are no longer just helpless victims. They themselves have the power to solve the problem if they just learn a few new farming practices. Secondly, it means that we don’t need to just stick a finger in the dike; we can build a new dike. But how?

Green manure/cover crops have proven that they can solve all of these problems. They can provide shade and a mulch cover (or litter layer) for the soil, they make the soil soft and able to absorb plenty of rainwater, they keep the soil fertile (by fixing nitrogen and recycling nutrients very efficiently), they make plowing and soil preparation totally unnecessary, they help control weeds in people’s fields, they reduce the incidence of pests and plant diseases, they sequester tons of carbon/ha in the soil every year, they dramatically increase crop productivity, and they can do all this for centuries, with no synthetic fertilizer used at all. Even more impressive, they can, at the same time, dramatically reduce both farmers’ cash and labor costs

Does all this sound virtually impossible? Frankly, yes. But these are precisely the same advantages that we listed above in the case of natural forests. For these reasons, the most important motto of gm/ccs is to “imitate the forest,” which is very easy to do.

What do these miracle-workers consist of? There are two gm/cc systems that are the most popular across Africa, and are well-suited to something like 80 percent of drought-prone, lowland sub-Saharan Africa. One consists of using jack beans, gliricidia trees (also called mother of cacao trees), and lablab beans intercropped in people’s maize fields. The second one includes jack beans, gliricidia trees, pigeon peas, peanuts, and cowpeas, also intercropped in maize, sorghum, millet, or cassava fields. In each case, the gm/ccs also provide a tremendous amount of high-protein food, in addition to the sustainably tripled basic grain yields. For instance, the first of these systems will provide edible gliricidia flowers, plus the leaves, pods, green peas, and dry beans of the lablab bean, a native African plant whose beans contain about 50 percent more protein than do our Western beans. And the tender lablab leaves, very easily dried and stored for 12 months, can provide large amounts vitamins and minerals, along with their proteins. They thereby constitute a virtually free, plentiful source of all these nutrients, that is available year-round—a veritable nutritionist’s dream come true.

And will farmers accept gm/ccs? Well, there are, today, over 15 million smallholder farmers around the world who have already been using them successfully for anywhere from 6 to over 500 years.

We know how to end the hurricane of hunger in Africa, quite cheaply, within one generation. All that is lacking is the financial support we need to carry it out. 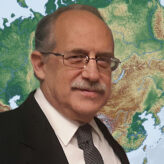 Dr. Roland Bunch is one of the most well-respected leaders in regenerative land management, both in terms of food security and for addressing ecological degradation and climate change.  Roland has worked as a consultant in sustainable agricultural development for over 45 NGOs and governments in 50 nations, including Cornell University, the Ford Foundation, Oxfam, Save the Children, CARE, and the governments of Guatemala, Honduras, Swaziland, Laos and Vietnam. He is also the founder and CEO of Better Soils, Better Lives.

NYC-Based Grassroots Collective Uses Food as a Tool of Resistance