The agriculture sector in Kenya employs more than 70 percent of the rural population. But the impact of climate change along with inflated costs of food, fuel, and fertilizer have put pressure on smallholder farmers, and millions across the country are experiencing hunger. Now, the Drylands Farmer Research Network (FRN) in West Pokot County, Kenya, hopes to serve as a model for community-led food systems transformation and climate adaptation.

The West Pokot County region is arid, and degraded soils grow weak plants. Over 45 years, 1.4 million tons of soil have washed away. Deep gullies, carved by water and intensified by drought and climate change, have threatened food and pasture production. The community has considered the situation irreversible and beyond repair.

The Drylands FRN, a partner of the McKnight Foundation’s global Collaborative Crop Research Program (CCRP), formed in 2014 as a community-led effort to combat these challenges. It began as five smallholder farmers collaborating with the Kenya Ministry of Agriculture, local administration, local schools, and the University of Eldoret. The team adopted integrated Gully Rehabilitation Trusts (GRTs), a group of 385 households spread across five soil and water conservation groups, to address gully erosion.

In contrast to a neighboring county that had installed a sand dam costing about US$20,000, which was soon swept away by floods, the Drylands FRN used a community-first approach to designing their own sand dam. It cost less than US$350, has remained stable, and is proving beneficial to the entire community. Women now travel shorter distances for water, farmers have increased irrigation to support a second crop harvest and tree nursery, and the dam acts as a bridge for neighbors and livestock.

Today, the Drylands FRN includes 385 farmers and benefits more than 3,000 in their community. Dr. Linnet Gohole, a professor of entomology at the University of Eldoret in Kenya and representative for the CCRP, points to the group’s “strength of relationships” as a key factor in its continued growth and success.

“The participatory nature of the FRN model allows for equity, inclusivity, and social justice, meaning its impact will never be restricted to a few isolated benefactors, but will always ripple out to benefit many,” CCRP writes.

CCRP says the Drylands FRN case study points to the potential for collective action to achieve impressive results in terms of climate adaptation, as well as “the power of smallholder farmers to create healthy, sustainable food systems that feed families and improve the livelihoods and resilience of entire communities.” 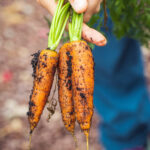 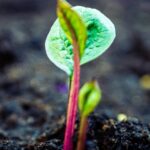 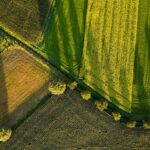 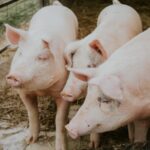 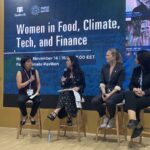