Home » Innovation for Sustainability » You can Farm Anywhere, Even Inside a Shopping Mall

BeGreen, a startup company in Belo Horizonte in Brazil, is producing fresh and organic produce inside the city’s main shopping center.

Giuliano Bittencourt and Pedro Graziano launched BeGreen with the goal of producing sustainable and healthy food for the urban community, while simultaneously reducing the amount of food wasted along the supply chain. The urban farm uses hydroponic methods to grow fresh and organic produce and sells it locally.

Food travels a long distance from farmer to consumer in Brazil, a major inefficiency in their food system. An estimated 80 percent of all agricultural production in Brazil is lost during transportation. Along with this tremendous quantity of wasted edible food, there are additional transportation costs resulting in increased greenhouse gas emissions. BeGreen is a response to these inefficiencies.

Bittencourt was first introduced to this type of urban farm when he visited the Agricultural Technology lab facility of MIT. It was after this visit that he was inspired to start BeGreen, which brings accessible and affordable technology to modernize the Brazilian food chain.

Ricardo Batistic, CTO of BeGreen, explains, “we want to change the general perspective that access to healthy food is only viable in rural areas, we want to impact as many people as we can with our vision and bring the best product we can to the market.”

Using aquaponic methods, the farm produces roughly 40,000-60,000 plants per month. Most of these are greens and microgreens including beet leaves, watercress, parsley, coriander, basil, thyme, sage, arugula, radish, mustard, cabbage, and a diverse range of lettuces.

The fish serve as a natural fertilizer for the farm, and they raise over 500 tilapia per month. There are biofilters, which metabolize the fish’s waste to enrich the water used throughout the whole system. The farm uses 90 percent less water than conventional farming and does not use pesticides, significantly lowering their environmental footprint.

BeGreen sells their produce to approximately 30 restaurants, four retail stores, and directly to visitors of the farm. Sustainability is at the heart of the business model. They keep sales as close to the farm as possible, with the farthest shipment located only 10 kilometers away.

Producing high-quality organic vegetables and minimizing waste are at the core of BeGreen’s mission. They have very strict quality control processes including daily production area checks for diseases, water shortages, leakages, or any other systems issues. They conduct daily pH and water temperature tests, and weekly tests of the macronutrients in the fish water. They are developing a new system to assess the growth conditions of the plants to optimize quality and productivity. BeGreen keeps a robust database tracking the number of seeds that fail to grow and the amount of full-grown produce lost during distribution. Currently, these failures are under 2 percent of their total production.

BeGreen implements additional methods to avoid waste, such as preserving the roots on the plants at the point of sale, which extends their shelf life an additional week. They also donate unsold produce to a charity, Mesa Brasil.

BeGreen is currently seeking to expand their operations and is building their second urban farm in São Paulo. According to Batistic, the company “want[s] to have at least three working urban farms by the end of 2018. We intend to grow at a steady pace to cover as many cities in Brazil as possible, and we are also open to international possibilities if they present themselves.” 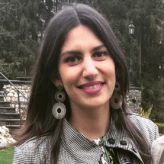 The Water Economy: An Excerpt from Nourished Planet

Report Looks for “A Future Where Malnutrition, Obesity, and Chronic Disease are Eliminated”