This is part two of a three-part interview series with Miyoko Schinner, CEO and Founder of plant dairy startup, Miyoko’s Kitchen. To read part one, click here.

Miyoko Schinner’s life, she says, has been rooted in three core values: courage, compassion, and inspiration. Miyoko explains: “everything we do has to be from the lens of those three values.” She started a vegan bakery-turned-restaurant Now and Zen in San Francisco during the 90s. She has been pioneering plant-based artisanal cheese recipes rooted in traditional French cheese-making since 2014. And she is creating alliances with struggling animal-dairy farmers in 2019.

Miyoko’s Kitchen products are available now in over 15,000 retail stores across the U.S., Canada, and Australia. Her cashew-based products range from higher-end artisanal wheels of cheese to cultured butter, cream cheeses, and roadhouse cheese spreads. The company plans to roll out a lower-priced line of cheeses made from potatoes, legumes, and seeds over the next year.

While Miyoko’s revolution has long-term goals for the planet, she implements her values on a daily basis at each stage of production. Miyoko explains how these values take shape at her facility: higher than a living wage for all 120 employees; full health benefits; 401k with a small matching amount; and a full-time staffed kitchen providing three organic vegan meals a day to the entire staff. Miyoko says the result is employees who are “very fired up about who we are and what we do.”

Miyoko’s mission to create a compassionate food system means that she thinks about the “whole supply chain.” She elaborates, “We also want to make sure that all of our suppliers are not only organic but that they’re either fair trade or have third party audits, worker audits, etc., to make sure that everything is good. A lot is coming out in the media today about the dark side of cashews, for example. So, in selecting our cashews, we decided to work with this one company, one importer who is very, very thorough in everything they do. And in order to verify that we went [to Vietnam] and saw for ourselves. We saw a state-of-the-art automated facility. A lot of the reports that are circling––and we get emails about it all the time––are about cashew workers who are being burned by the urushiol oil, which is basically like poison oak from the cashews, because they have to cut the nuts themselves by hand. But this company has a very automated process.” They also have “very, very high marks on their third party audits. The workers are provided childcare, free meals. They’re paid well above the minimum wage in Vietnam, and have very clean working conditions.”

Located in a remote part of Vietnam, near the Cambodian border, the cashews grow more like a wild crop, “hundreds and hundreds of miles of mountain tops covered in cashew trees.” For Miyoko checking on the supply chain meant not only visiting the cashew farms but also installing bathrooms and running water at four local schools.

Nestlé’s recent partnership with Miyoko’s Kitchen demonstrates that even large corporations are standing up and taking notice of her successful business model.

In 2018, Rabobank sponsored the Terra Accelerator Project, which Miyoko describes as: “bringing big CPG [consumer packaged goods] and startups that are providing solutions to the world’s most pressing problems together, because Rabobank’s saying, look, we have 10 billion people we have to feed by 2050. And these startups are going to solve that problem. And if you big CPG companies don’t get on board, you’re going to be left behind.” The partnership lasted six months, allowing Miyoko’s to do costly market research with Nestlé footing the bill, and allowing Nestlé to learn about a successful plant-based startup.

While some vegans and small vegan companies criticized Miyoko sharply for participating in the program, she stands firm in her conviction that getting large non-vegan companies, even ones that have tested on animals, onboard is the way to definitively “move the needle.” She points out that companies like Nestlé are realizing that “if they’re going to stay relevant, they’ve got to change. And that’s really the opportunity––that we can leverage the excitement that brands such as ours have built and parley that into some sort of partnership with these CPG companies to get them on board. And that’s how we’re going to change the world.” 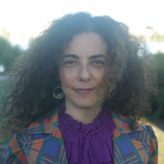 Samantha Skinazi is a writer and researcher specializing in the food system, ethics, animals, and the environment. She recently completed a Ph.D. in Literature at the University of California, Santa Cruz, where she wrote Animal People: Freaks, Elitists, Fanatics, and Haters in U.S. Discourses about Veganism. Her dissertation dismantles stereotypes about vegans, telling the curious story of how a practice that seeks to reduce harm has become a frequent subject of cultural ridicule. She also explores problems in vegan communities such as white privilege, single-issue optics, and perfectionism.