When the stay-at-home orders began because of COVID-19, the number of grocery store and pharmacy visits in Michigan dropped 28 percent, according to a Google tracking survey. With this drop, buyers turned to the food hub West Michigan FarmLink, an organization which connects small farmers with households in need of fresh, nutritious food.

FarmLink provides an online platform for chefs and community-members to purchase ingredients and produce from local farmers in the Grand Rapids area. Before COVID-19, just 20 households purchased produce from FarmLink every week, Jerry Adams, manager of FarmLink says. Once the pandemic hit, the number of household orders increased to 200.

“FarmLink switched overnight,” Adams tells Food Tank. “I didn’t know it’d be possible to match the sales from restaurants to households.” Adams says that Michigan residents wanted the fresh, local food they might otherwise seek from a grocery store or restaurant.

He believes that FarmLink appeals to residents because the food hub delivers produce directly to their homes. “If somebody’s in a bad way and they need food, I want to make sure they’re getting their food,” Adams tells Food Tank.

FarmLink is also working to support small family farms like Crisp Country Acres in Holland, MI. With restaurants and markets closed, Crisp Country Acres had to find new markets for their produce. “We are very thankful for FarmLink,” Lindsey Visser, a farmer at Crisp Country Acres says. “[They] made it possible for us to provide healthy food to more people in the Grand Rapids community.”

FarmLink operates on a weekly format. Every Thursday, the online platform opens to farmers, who list their available produce. Customers then have a four-day window to make their purchases. The following Tuesday farmers bring their produce to FarmLink headquarters and staff members facilitate pick up and deliveries to customers.

“You can’t get anything fresher unless you’re driving to the farm yourself with a knife in your hand,” Adams tells Food Tank.

As restaurants in Michigan begin to re-open at limited capacity, “it’s been a boon to all our farmers,” Adams says. Chefs are purchasing produce from FarmLink once again but household orders have not declined.

Adams attributes FarmLink’s success to its ability to support the local community. “You’re connecting friends of yours with really good food that’s priced fairly, [and] I know the farmer is going to make some money.” 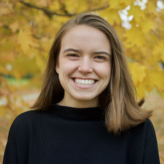 Keaton Smith is a rising Senior at Middlebury College, studying Philosophy. She’s interested in asking and discussing questions about life—especially environmental ethics. When she isn’t reading or writing, she enjoys hiking in Northern Michigan, skiing in Vermont, or cooking a meal with friends and family.