The global food system needs transforming, and family farmers can get us there. With centuries of knowledge in sustainable agriculture, farmers innovate daily to adapt and respond to the existential crises of COVID-19 and climate change. For our organization, ActionAid USA, showing up for farmers means standing up to the political leaders who claim to represent them but instead align with agribusiness.

Over the past year, Donald Trump’s Ambassador to the United Nations Agencies in Rome, agribusiness baron Kip Tom, has unleashed repeated attacks on the UN Food and Agricultural Organization for discussing how agroecology can improve food security.

While it is hardly surprising to see the Trump administration taking shots at multilateralism or pushing corporate interests, Tom’s comments reveal how threatened agribusinesses are by the movements of farmers and workers to create a global food system for all.

The ambassador’s latest attack comes in an op-ed, in which he vilifies agroecology, accuses agroecology of spreading the locust invasion in African countries, and preys upon people’s worst fears of hunger. These statements are dangerous at worst, baseless at best.

According to Tom, agroecology is part of a global conspiracy in which nongovernmental organizations trick developing countries into rejecting genetically modified crops and synthetic chemical inputs, thereby depriving them of these technologies and keeping them poor.

He calls for the U.S. to reclaim its role in leading and spreading the so-called “Innovation Imperative” for agriculture, meaning the administration and U.S. agribusiness companies should take more control over land and agriculture.

It’s alarming to hear a diplomat make such an inaccurate, neo-colonialist pronouncement, ignoring the reality of family farmers and people who face hunger around the world.

The ambassador’s version of the Green Revolution fails to count the environmental and human cost. Tons of pesticides have poisoned both water and people and have robbed the soil of its ability to regenerate. Farmers everywhere have been forced to take on insurmountable levels of debt to afford the proprietary and expensive technology he touts as miraculous.

In the U.S., farmers are paying out-of-pocket for the massive mechanization and industrialization of agriculture that dismantle small farms in favor of large monoculture. In India, far too many farmers fall into debt after adopting high-cost, high-tech solutions and attempt suicide, seeing no other way out.

Tom also blames agroecology’s aversion to pesticides for causing the locust outbreaks. This accusation is false. Pest management is an important part of farming, including agroecology, and the massive use of chemical pesticides provokes further problems as they remain in the soil and water for long periods and are dangerous to humans, livestock, fauna, and the whole environment.

It’s clear that the factors leading to the locust outbreak, including cyclones, favorable climate favorable conditions for swarms, COVID-19 measures restricting movement, and the lack of permanent infrastructure to respond quickly, have nothing to do with agroecology. On the contrary, agroecology can revert some of these factors by building a more diversified and resilient agricultural system.

As for Tom’s claim that we can’t feed the world farming this way, it ignores the reality that most people already depend on smallholder farmers for their food. Across developing countries, an estimated 500 million smallholder farms support almost 2 billion people. These farms produce about 80 percent of the food consumed in Asia and sub-Saharan Africa.

Tom wants you to believe agroecology is anti-technology. Yes, millions of small-scale food producers want to farm in harmony with nature. But they don’t reject technology. What they reject is highly priced, patented technology that locks them into a cycle of debt to agribusiness companies. They reject the power agribusiness has amassed in developed countries to dictate agricultural policy.

As CEO of Tom Farms, one of Bayer-Monsanto’s biggest seed growers, the ambassador speaks for powerful interests beyond the high-tech industry and big agribusiness that promise great benefits for the few that can afford them, at the expense of the poorest people and the environment. Tom also has the backing of an administration that tried to block progress on agroecology at last year’s UN Committee for World Food Security meetings. Under their logic, those who gain are not farmers but the shareholders of big corporations.

Family farmers are clear: if we are going to protect our planet and keep healthy food on our table, agroecology is the way forward.

And they aren’t alone.

In a report comparing sustainable agriculture approaches, the High-Level Panel of Experts recognized how “agroecology practices harness, maintain and enhance biological and ecological processes in agricultural production, in order to reduce the use of purchased inputs that include fossil fuels and agrochemicals and to create more diverse, resilient and productive agroecosystems.”

The movement for agroecology is growing, built on the logic that power should be distributed equally. That’s why aggressive opponents to agroecology like Tom are firing back. They’re scared. 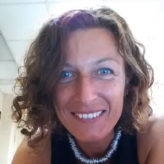 Alberta Guerra is a senior policy analyst at ActionAid USA and an expert in global food policies, focusing on right to food, land rights, agroecology, and global governance. She also serves as ActionAid’s liaison with the Committee on World Food Security, IFAD, and FAO in Rome.

Tristan Quinn-Thibodeau is a National Campaigner at ActionAid USA focusing on biofuels, land rights, and food sovereignty. He works with grassroots organizations and allies through national networks and coalitions to build support for land, food, energy, and climate policies that work for communities and families.