It’s hard to fathom, but the world has lost two thirds of its wildlife species in the last 50 years, according to the World Wildlife Fund. And the U.N. Food and Agriculture Organization finds that today, nine species make up 66 percent of the world’s total crop production. But research shows that diverse crops are more resilient to climate change, pests, and diseases, while supporting soil health and helping wildlife thrive. In an effort to protect biodiversity and the environment, chefs around the world are highlighting ingredients from their local communities.

“Diversifying our diet is key. We have to get out of this limited number of crops that we are eating,” Pierre Thiam, head chef at NOK by Alara in Lagos, Nigeria tells Food Tank. “We are victims of it. Our health is suffering from it. Our planet and environment are suffering from it.”

By featuring biodiversity on their menus, chefs can send a message that eating a diverse diet is good for people and the planet. Here are 18 talented chefs striving to promote biodiversity in their restaurants and communities.

Alex Atala, head chef at the acclaimed restaurant, D.O.M, in São Paulo, Brazil, is introducing the flavors of the Amazon to the international culinary community. He uses Brazil’s vast biodiversity to create his dishes. Atala also created ATÁ, an institute that works to heal the relationship between people and food by raising awareness of and appreciation for native ingredients. ATÁ works to preserve those ingredients while supporting the people that rely on them for nourishment.

After discovering that many of India’s Indigenous grains were wiped out in favor of Basmati rice production, Sabyasachi Gorai began his mission to preserve India’s vast biodiversity. The chef and entrepreneur works specifically with millets—a grain native to India—and believes that they have a central role to play in preserving India’s biodiversity. His signature recipes, which include black olive millet risotto and millet cranberry ladoo, are popularizing the ingredient as a nourishing and flavorful grain alternative.

Kylie Kwong is an Australian chef, restaurateur, television presenter, and author. A third generation Chinese-Australian, she opened her first restaurant, Billy Kwong, in 2000 in a suburb of Sydney. Until its closing in 2019, the restaurant was committed to using only organic and biodynamic food. It received the inaugural sustainability award from the Sydney Morning Herald Good Food Guide for its environmental initiatives. Kwong’s goal is to educate her customers gradually, teaching them to embrace local and sustainable ingredients. She sees chefs as custodians of biodiversity and works closely with members of Australia’s Indigenous community to ensure respect for the land.

Better known as Chef Ali L’artiste, Ali Mandhry is a Kenyan chef and television personality. He serves as Kenya’s Chef Global Ambassador and partners with the International Fund for Agricultural Development’s Recipe For Change campaign. This effort highlights the need for smallholder farms to adapt to climate impacts and protect their food security. Mandhry champions Kenya’s local, plant-based ingredients including sorghum, which is known for its high protein content and low water intake.

The number of maize varieties—each with its own flavor, history, and agricultural process—in Mexico is shrinking. But Enrique Olvera, the owner of Pujol in México City, wants to change this. A passionate advocate for preserving tradition and biodiversity, Olvera wants to document the knowledge of maize and save it from disappearing. In 2017, he organized the Biodiversidad Symposium in México where chefs discussed their role in preserving biodiversity. He also works directly with Indigenous communities who grow endangered foods, featuring their products on his menu.

Christian Puglisi is a Danish chef and owner of several restaurants in Copenhagen, including the only certified organic Michelin Star restaurant, Relæ. He is an advocate for food biodiversity and founded the Farm of Ideas, a small-scale agricultural operation that provides food for Pugalisi’s restaurants. The farm is a space for chefs, scientists, farmers, and entrepreneurs to gather and share ideas about sustainability and biodiversity in the culinary industry.

The Sioux Chef is an organization created in 2014 by chef, entrepreneur, and food educator Sean Sherman. The nonprofit addresses the health and economic crises facing native communities by re-establishing traditional foodways. Prior to colonization, Indigenous communities had a thriving food system with a wide array of agrobiodiversity. Sherman works to revitalize awareness of Indigenous food systems and protect biodiverse ingredients. He is the recipient of the 2018 James Beard Award for Best American Cookbook for The Sioux Chef’s Indigenous Kitchen.

Chef, environmentalist and restaurateur, Bo Songvisava opened Bo.Ian in Bangkok in 2008. The restaurant ushered in a movement toward traditional techniques in contemporary Thai cuisine while promoting the use of ethically sourced, local ingredients. It is Songvisava’s mission to protect and share the culinary heritage of Thai food while using a biodiverse range of ingredients. She is also a supporter of the Slow Food movement, which focuses on safeguarding food heritage and supporting the biodiversity of local plants and animals.

Mariana Tejerina is the head chef of Argentina’s Catalino in Buenos Aires. She and her sister, Raquel Tejerina, work to strengthen food sovereignty in Argentina, asking their customers to think about where their food comes from. Argentina is one of the most biodiverse countries in the world, a status that is threatened by deforestation. The Tejerina sisters encourage their customers to eat more vegetables and legumes and ensure that all animal products served at the restaurants are traceable and ethically produced.

Martínez and León are the couple behind Central in Lima, Peru. The team at Central sources ingredients directly from Indigenous communities, traveling to the Andes and the Amazon four times a month to learn more about the array of plants and animals native to the land. The couple also created Mater Iniciativa to research and experiment with new ingredients. Martínez frequently speaks about protecting biodiversity and is a key part of the culinary community’s shift toward locally-sourced cuisine.

Raised in Senegal and based in New York City, Pierre Thiam is a chef, author, and activist best known for bringing West African cuisine to the global fine-dining world. He is the executive chef at NOK by Alara in Lagos Nigeria, the signature chef at the Pullman Hotel in Dakar, Senegal, and owner of Teranga in New York City. He is also the co-founder of Yolélé Foods, a company that advocates for smallholder farmers in the Sahel by opening new markets for crops grown in Africa. He also gave a TED Talk on fonio, an ancient grain native to Senegal that he believes has the potential to transform societies in West Africa.

After seeing a lack of biodiversity in much of modern Ghanian food, Atadika made it her mission to promote what she calls New African Cuisine. She created Midunu, a nomadic private dining enterprise in Accra, Ghana that uses seasonal, local ingredients and highlights plant-based dishes. Prior to becoming a chef, Atadika spent a decade working with the United Nations in humanitarian efforts. She is an expert on sustainability, biodiversity, and African foodways, encouraging people to vote with their fork, and see the connection between politics and food.

Head chef at Gustu in La Paz, Bolivia, Marsia Taha is committed to celebrating Bolivian identity and culture through gastronomy. Gustu uses a kilometer zero philosophy, which means that every ingredient used in the restaurant is produced in the country. Taha is also the co-founder of Sabores Silvestres, an organization focused on conserving biodiversity, promoting Bolivian gastronomy, and preserving food heritage. A partner of the Wildlife Conservation Society of Bolivia, the organization gathers chefs, scientists and journalists for culinary expeditions into Bolivia’s remote ecosystems. Here, they discover ingredients and exchange traditions with Indigenous communities.

Eric Oberholtzer is a chef, food activist, and social entrepreneur, as well as the co-founder of Los Angeles-based Tender Greens. The company’s mission is to break stereotypes about healthy eating by providing seasonal food at affordable prices. Oberholtzer started The Spice of Life Project in partnership with Crop Trust, an international organization that works to ensure food security, conserve crop diversity, and reduce environmental harm. As a Food Forever champion, he believes that chefs have the power to introduce biodiverse ingredients into people’s everyday lives in a delicious and sustainable way.

Spacey is the culinary director of Foodspace Ireland, a small chain of restaurants and cafes that promote healthy eating and the use of fresh, seasonal produce. Foodspace cultivates relationships with local growers and producers who use ethical and sustainable practices. Spacey believes that increased attention on chef’s can be a good thing. They can help bring attention to the issues of shrinking biodiversity and prevent ingredients from disappearing.

Rene Redzepi is the co-owner and chef of the world-renowned restaurant, Noma, in Copenhagen, Denmark. He works with a network of farmers, foragers and purveyors to source native ingredients, creating a distinctly Nordic cuisine that celebrates the land and culture of the region. He also created an app called Vild Mad (Wild Food) and built the MAD symposium, bringing together chefs, scientists and farmers to create a more sustainable food industry rooted in maintaining biodiversity and highlighting native ingredients. 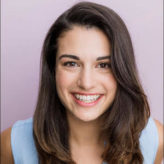 Anna is a Research, Event, Advocacy and Writing Intern at Food Tank. She is currently working on her masters in digital journalism and design at the University of South Florida with a focus in food writing and media. She recently began volunteering at an urban farm in Harlem and currently lives in New York City.