The United Nations estimates that 2.2 million children in Ethiopia are experiencing wasting, the deadliest form of malnutrition. By focusing on local assets, a recent study from the African Journal of Food, Agriculture, Nutrition and Development offers a more holistic approach to addressing nutrition deficiencies with locally available and inexpensive raw foods.

Infants and preschool-aged children in developing countries are particularly vulnerable to protein energy malnutrition (PEM) and micronutrient deficiencies, according to the study’s author, Adamu Belay, Food Science and Nutrition Research Directorate of the Ethiopian Public Health Institute. Despite improvements in chronic malnutrition in Ethiopia over the last 15 years, the United Nations Children’s Fund (UNICEF) finds that 28 percent of child deaths are associated with undernutrition.

To combat nutrition deficiencies, humanitarian aid organizations often utilize strategies like ready-to-use therapeutic food (RUTF), school feeding programs, supplementary doses of vitamin A, and nutrition education. But Belay argues that these projects create dependency on other countries, which is not sustainable long-term.

The study finds that combinations of local starches, proteins, and Moringa stenopetala leaves offer a more sustainable solution to child nutrition deficiencies than imported supplements. Containing vitamins A, B, and C, potassium, iron, calcium, phosphorus, zinc, and protein, “M. stenopetala leaves are one of the nutritious plant foods available in Ethiopia,” Belay states in the study.

The study concludes that 5 percent M. stenopetala powder blended with soaked or roasted sorghum or maize, chickpea, and soybean are the best combinations to mitigate PEM and micronutrient deficiency for children aged six months to two years. Out of 14 trial formulations, two were selected for superior sensory evaluations and nutrient value, such as energy, protein, potassium, and fat contents.

Ted Greiner, Professor of Nutrition at Hanyang University in Seoul, South Korea, confirms the success of local options to address nutrition deficiency in Ethiopia. He says these alternatives work as well as imported, RUTF products.

RUTF does not require refrigeration, mixing with water, or training to administer, according to UNICEF. It also has a two-year shelf life and can reduce the costs of in-patient healthcare facilities, which makes this an appealing solution for children in need.

But the Geneva Association for Infant Nutrition (GIFA) argues that RUTFs have their drawbacks. GIFA argues they are too expensive to use for treatments besides severe acute malnutrition (SAM). And according to the International Network of Child Food Action Groups (IBFAN), 90 percent of malnutrition exists in forms besides SAM. In addition, IBFAN states that RUTFs are largely provided by short-term external funding from humanitarian or emergency programs and tend to be monopolized by manufacturers.

GIFA also worries that RUTFs do not educate or help children become accustomed to healthy, local foods to avoid malnutrition in the future.

Localizing food production can counter childhood PEM and support the local agricultural economy at the same time. Greiner tells Food Tank that projects promoting community gardening “can make a big difference and be sustainable.” More attention should be given to raising awareness and increasing the status of locally available foods, as well, he says.

The SAA educates and raises awareness among communities and extension agents of the importance of nutritious commodities and nutrition. It also helps communities increase their income and purchasing power, which can channel resources back to the farmers who are cultivating these nutritious foods.

At the farm level, the SAA assists farmers in adopting “nature-positive farming systems” to grow “diverse and nutrient-dense crops such as indigenous crops,” says Mengistu.

When they have the autonomy to grow local, nutritious crops, communities will have more access to those foods. “From the perspective of subsistence farmers, I believe that diversifying farms with nutrient-dense crops and livestock species, including wild and semi-domesticated species, is the most effective way for local communities to address nutrition deficiencies,” Mengistu tells Food Tank.

But poor economic conditions and government policies may inhibit a community’s decision-making power. The Ethiopian government’s incentivizing of monocultures “results in unbalanced nutrition to the community,” Mengistu says.

Greiner hopes to see a shift in the way donor organizations operate. “I’d like to see donors build that capacity to manufacture nutrients in several more countries, so at least much of the trade could be South to South,” Greiner says.

Donor-sponsored aid organizations can also take steps to support indigenous knowledge and practices, Mengistu tells Food Tank. Instead of funding manufactured, imported solutions to nutrition deficiencies, they should “stand for communities’ rights to have agency and decision power on their own resources,” says Mengistu. 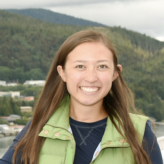 What's in Your Manifesto for Disrupting Global Food Politics?