Home » Agriculture » Nichole Cirillo: Food has the power to unite across differences and generations

Nichole Cirillo, Mission Director at Stonyfield Organics, is speaking at the inaugural Boston Food Tank Summit, “Investing in Discovery,” which will be held in collaboration with Tufts University and Oxfam America on April 1, 2017.

Nichole recently joined Stonyfield in the newly created position of Mission Director, following an extensive career in the corporate social responsibility arena, most recently as the International Director of Strategic Partnerships for the Earthwatch Institute. Cirillo brings expertise in developing and growing social programs that leverage resources and deepen impact.

Food Tank had the opportunity to speak with Nichole about her passion for an accountable and accessible food system change and her ideas about how to achieve both.

Food Tank (FT): Who inspired you as a kid?

Nichole Cirillo (NC): I have a picture on my desk of my grandfather and aunt in front of their field in Indiana. My aunt is holding a giant, nearly bursting tomato and both of them are beaming. I have a similar picture of my paternal grandparents who’d just come over from Italy, standing in their tiny postage stamp garden behind their home in upstate New York.

I don’t know why, but immigrants seem to have a tie to the land that is stronger than the rest of ours. Demographers will tell you that this is because food is always the last thing to go when we assimilate into another culture. It’s the one thing you hang onto that keeps you tied to the heritage and culture you left behind. I’ve always been inspired by this and by the notion that food has the power to unite across differences and generations, giving us something to share and celebrate.

NC: It wasn’t that long ago that most Americans could trace a farm back just one or two generations in their family. But today, most people are totally disconnected from their food supply. We’ve all heard that horrible statistic that the average 10-year-old can’t even tell you where a hamburger comes from but it’s even worse than that. People don’t feel like they have a role to play in food systems and they’ve become disempowered. When that happens, the whole notion of respect and balance deteriorates. From there, it’s an easy step to the kind of waste and abuse that we see today.

Alternatively, when you’re involved and engaged, you start to understand what’s important and necessary to maintain the systems upon which your welfare relies. It’s a matter of repairing that cycle of dependency and understanding what it takes to produce the food we rely on every day.

NC: Eat less meat. It is one of the most important things you can do to reduce the impact of climate change, deforestation, and animal welfare, and it’s such a small change! Even incorporating a few plant-based meals a week will have a huge impact. When you do eat meat, eat organic meat as this lessens the environmental impact as well.

FT: What advice can you give to President Trump and the U.S. Congress on food and agriculture?

NC: One definition of a being a hero is that you do the right thing even when no one is watching. We may be entering a phase now when our government ceases to watch. So, to be honest, I’m not certain I would focus on this administration. Instead, my advice would be to corporations who might be tempted to think this is a time for relaxed emphasis on regulations and protections for both people and planet. To them, I say now is the time for you to stand up and prove that even if no one is watching, the private sector can be a force for good. We can and should hold ourselves accountable and lead. Even if you aren’t compelled by an inner sense of duty, it’s often the better business decision as consumers are now watching far more than they ever have before.

Tune in to Food Tank’s inaugural Boston Summit via a FREE live stream at FoodTank.com on April 1. 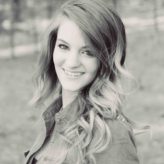