Agroecology has—and is—being taken up by researchers, civil society, and governments as one of the vital development pathways to improve the sustainability and equity of agri-food systems. Unfortunately, many promising agroecology innovations are invisible or marginalized by mainstream policies and funders, according to a new, international research project.  SHIFFT: Supporting Holistic Innovation and the diFFusion of innovaTion, focuses on the ways that grassroots agroecology innovations can be better supported and scaled up.

Despite the images of hi-tech development which it may conjure, the phrase ‘agricultural innovation’ can also describe processes which have occurred for millennia in farming communities across the globe. Contrary to top-down approaches which have characterized much modern, state-, or private sector-led agricultural development, farming communities have always innovated, experimented, and adapted in response to shifting environmental, political and social conditions. As a result, the knowledge systems they produce are often better-attuned to localized ecological and cultural complexities otherwise invisible at the global scale.

The biggest obstacle to agroecological development is the dominant agricultural paradigm itself—sometimes referred to as the ‘corporate food regime’. In this regime, soil is treated as a substrate, not a living system, people as laborers or consumers, rather than active citizens) and learning as a means to transmit information, rather than an infinite process of collective development. Agroecology has emerged in opposition to this way of thinking, demanding a food system that can operate within the limits of our planet, which can nourish rather than poison the people it feeds, and use food production as a way to (re)engage its citizens in political processes of all kinds.

Within this context, an increasingly large and organized network of peasants has emerged, intent on sharing their innovations in ways which challenge dominant approaches to food and politics. From revolutionary Guatemala in the 1970s, through Nicaragua and the peasant-to-peasant networks developed there in the 1980s, to the now-legendary ANAP in post-Soviet-era Cuba, and finally the founding and expansion of La Via Campesina itself from the mid-90s. This movement—both its history and its current activities—are an indispensable source of inspiration for contemporary food movements across the globe.

Accordingly, the SHIFFT project is concerned with bottom-up knowledge systems and agroecological innovations, especially those connected to the global struggle for food sovereignty and the right to food. While there are now many initiatives concerned with scaling-up forms of ‘sustainable agriculture’, SHIFFT stands apart from these in its focus on innovations that challenge modernist, top-down knowledge and development, addressing the root cultural and structural causes of our intersecting food crises. At its heart, the project is concerned with giving greater visibility to people-led processes and, in some cases, technologies aimed at scaling-up agroecological practices. These techniques and technologies are united in their focus on political enfranchisement through knowledge production, learning, and sharing.

While there are many exciting examples worldwide, SHIFFT will focus on the European context. Examples include initiatives like Farm Hack, UK, and L’Atelier Paysan, France, who have innovated a combination of online and real-world platforms for developing open-source technologies for small-scale producers. Also, EHNE-Bizkaia, Spain, a small-scale farmers union who organize political and practical trainings for their members, and have devised a collaborative university course designed to bring ‘peasant-style’ transformative teachings into the university setting. And there are dozens of producer-led initiatives which have developed new ways of linking directly with consumers, such as the 100s of Community Supported Agriculture schemes, buyers coops, and non-profit online local food hubs, such as The Open Food Network, Farm Drop, and Food Assembly now operative across Europe. Together, these initiatives and organizations embody an expansive definition of ‘innovation’ that goes beyond innovations in technology and markets, but also on new social, cultural, political, and ecological arrangements that can support a transition towards social justice and sustainability.

It is now increasingly acknowledged that farmers must be given space to produce and share their own place-specific practices. Such an approach offers the best way to harmonize ecosystems with food production and ensure that the control of our food system remains with those most affected by it. The SHIFFT project, based at People’s Knowledge at the Centre for Agroecology, Water, and Resilience at Coventry University and funded by the British Academy, will begin in January 2018. We will work collaboratively with civil society networks and initiatives to build capacity, showcase best practice, and offer recommendations to funding councils and policy-makers on how best to support agroecological innovations. It will focus on understanding and asserting a more holistic definition of agroecology and understand how these innovations can be diffused, spread and adapted in different contexts in a broader transition towards agroecology. 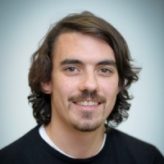 Dr. Chis Maughan is based at the Centre for Agroecology Water and Resilience, Coventry University, and a British Academy Fellow. His research project, SHIFFT: Supporting Holistic Innovation and the diFFusion of innovaTion, was a finalist in the 2016 BCFN YES! Competition.

Apply for A Grow Ahead Scholarship In Agroecology or Regenerative Organic Agriculture!

Youth as the Future of the Global Food System