Adagio Acres—an organic family farm in the Interlake region of Manitoba, Canada—started a Community Supported Agriculture (CSA) project focused on overcoming the specific challenges of small-scale farming in this prairie province. The project brings together farmers who pool together their small harvests of oats, hemp, quinoa, lentils, beans, wild rice, peas, and flax, as well as other products like ancient grain flour and cold-pressed oil. These grain bundles include harvests that might not otherwise have found their way to consumers.

The current agricultural system requires that farmers produce crops on a large scale in order to mill, process, package, and distribute their products. If a harvest does not meet a minimum load requirement to fill the rail cars or semi-trucks that transport grains for brokering and processing, that harvest could end up as animal feed—or waste.

Amy Nikkel, the owner of Adagio Acres, devised the Winter grain CSA as a way to target on-farm food loss and alleviate the challenges that small farmers face. These include lost income from unsold crops and logistical hurdles making it difficult for harvests to reach the local market. She says the model works because of its simplicity, “using the nimbleness of smallness to address everything that large-scale processing misses.” Nikkel was motivated by the stories that she heard from other growers, which made her aware of their common struggles. One farmer, for example, tried intercropping—growing two different grains in close proximity to increase crop diversity and improve pest management—then ended up with small quantities of both crops, making them unmarketable.

Grain processing prioritizes large harvests and standardized production. Farmers who are committed to regenerative agricultural practices such as intercropping and crop rotation (growing different crops each season to enhance soil quality) are frequently at a disadvantage. Because farmers take risks by diversifying and trying out new crops and farming techniques, on-farm food loss may be more acute on smaller-scale farms. Nikkel wants this grains CSA to provide an incentive for experimentation. “If organic agriculture is going to lead the world into an effective and sustainable method of food production, we need to be risk-takers,” she says. “What better way to do this than by surrounding our organic farmers with a community of eaters who are committed to supporting their efforts?”

In addition to addressing on-farm food loss, Nikkel wants to reduce the waste associated with food packaging. She asked customers to bring their own containers to collect their shares. People embraced the idea and arrived with an assortment of mason jars, Tupperware containers, and reusable bags, reducing the need for product packaging. The experience of picking up their shares on a designated day, directly from the farmers who grew them, gave customers a glimpse of what a more sustainable food system could look like if some of the barriers are eliminated between consumers and locally grown food.

Nikkel stresses that there isn’t a “one-size-fits-all approach,” and any project would need to be attentive to the specific resources available, including the crops grown in the area and the processing already taking place. With some flexibility, different versions of the Manitoba model could benefit small farmers and consumers alike. For Nikkel, the grains CSA does more than provide a full pantry for the months ahead; it also “draws people into a conversation about the impacts that we have on the world around us.” 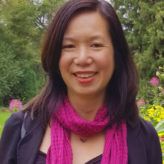 Fabiana Li is an anthropologist interested in the intersections between food, culture, environment, and social justice. She has written about resource extraction in Latin America, including the book Unearthing Conflict: Corporate Mining, Activism, and Expertise in Peru (Duke University Press, 2015). Her current research on food and agriculture in Peru inspired her to learn more about food production in Manitoba, Canada, where she teaches Anthropology at the University of Manitoba.

A New Era For Whole Foods: Going Beyond Organic