A recent report from the Global FoodBanking Network (GFN) finds that food banks worldwide had to rapidly adapt operations and services to provide for even more communities facing hunger in 2020. As the COVID-19 pandemic significantly disrupted global food systems over the last year, the report shows that 91 percent of food banks saw a rise in demand for emergency food.

“Despite the challenges presented, food banks stepped up to serve 40 million people in 2020, a 132 percent increase over service in 2019,” Doug O’Brien, Vice President of Programs at the GFN, tells Food Tank.

The Network Activity Report (NAR) is the GFN’s annual survey of its member food banks and their operations from the preceding year. It covers the activity of 49 food banking organizations, representing nearly 800 community-based food banks across 44 countries.

This latest NAR evaluates food banks during 2020, a year when the number of people facing moderate to severe food insecurity increased by 320 million. According to the United Nations (U.N.), one in three people is estimated to be food insecure, and roughly 3 billion people cannot afford to follow a healthy diet.

Food banks were “essential to relief efforts” during the COVID-19 pandemic, says O’Brien, with the NAR finding that food banks worldwide achieved a 10 percent increase in distribution compared to 2019. In total, food banks distributed 882 million kilograms of wholesome surplus food, with 73 percent of all food and beverages distributed defined as “nutritious” by either the food bank or its government. O’Brien explains that this response was possible thanks to innovative partnerships with suppliers and distribution agencies.

“In the GFN system, we found that as restaurants, food service, and other direct to consumer segments of the supply chain became restricted, food banks were able to procure those products and redirect the surplus to food-insecure communities,” O’Brien tells Food Tank. “Farm and agricultural recovery, for example, increased from nine percent [in] 2019 to 17 percent [in] 2020 of products distributed.”

Amid school closures, when an estimated 370 million children missed daily meal services in April 2020, food banks were “creative in their efforts to continue supporting healthy child development during the pandemic,” says O’Brien.

Some GFN members delivered weekly or monthly rations directly to families with children. Others established food banks in spaces such as daycare centers and set up temporary soup kitchens for children who were reliant on school meals.

The network proved integral for building these adaptive strategies across its member base, according to O’Brien. He also explains that the GFN established webinars for peer-to-peer learning, allowing food banks in areas first hit by COVID-19 to assist those in countries where the outbreak was still mild.

O’Brien sees food banks as “pillars of support in their community,” and the GFN is working with Harvard Law School’s Food Law and Policy Clinic (FLPC) to ensure this vital infrastructure can be even more resilient during future emergencies.

In response to the pandemic, GFN and FLPC created two COVID briefs which identify policies that governments could quickly implement to ease food procurement for hunger relief. And the pair’s Global Food Donation Policy Atlas provides recommendations to governments around the world to enhance support for food banks.

O’Brien is hopeful that the COVID-reactive modes of distribution, new partnerships and networks, as well as increased government support for food banks, will continue after the pandemic. “The essential work of food banks — and the effectiveness in which they responded to community needs — offers a model for greater public-private cooperation toward community and food system resilience.” 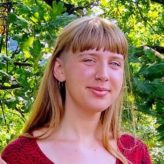 Georgie Hurst is a research and communications intern at Food Tank. She holds a BA in English from University College London, and is currently studying for an MA in Environmental Anthropology from the University of Kent. Her research interests are in the future of food on a changing planet, focusing on sustainable food systems with sovereignty and justice at their core. Georgie is also a plant-based baker for an organic food store and café in Margate, UK.