The COVID-19 pandemic has revealed both the strengths and limitations of globalization. The crisis has made people aware of how industrialized food production can be, and just how far food can travel to get to the local supermarket. There are many benefits to this system, including low prices for consumers and larger, even global, markets for producers. But there are also costs—to the environment, workers, small farmers and to a region or individual nation’s food security.

These costs have led many people to look once again at the benefits of small farms and locally produced fruits, vegetables and meat.

Of course, farmers on relatively small plots producing for local markets are the norm in developing countries. While it has many benefits, small-scale agriculture is far from idyllic. It often translates into low incomes and even poverty.

But it doesn’t have to.

There are many successful initiatives to help farmers raise their productivity and incomes, improve their communities and amass capital to expand agricultural output and start small businesses. All of this can be done in an environmentally sustainable manner that builds resilience to external shocks, including climate change and even pandemics. As Edd Wright, World Neighbors Regional Director for Southeast Asia notes, “In Timor-Leste, to control the spread of the virus the government called a State of Emergency, which included the closing of all markets where people would normally buy and sell their weekly basic goods. Small-scale farmers have continued to have a secure supply of food during this emergency as they predominantly live off what they grow on their own land.” These holistic community-based development programs also improve health and sanitation, teach literacy and help develop local leaders who plan and advocate for their communities.

Successes in farming communities in Nepal, India, East and West Africa, Guatemala, Peru, Burkina Faso, and several other countries hold lessons for those in the US who look to small farms as a way to build resilience and food security. “Small-scale agricultural producers have a strong capacity for innovation,” notes Do Christophe Ouattara, World Neighbors Senior Program Officer in West Africa. “In Burkina Faso, indigenous soil and water conservation techniques improve production and contribute considerably to food security.”

While each community success story is different, they have a few essential commonalities:

Organic Methods. Vegetables, fruit, eggs and meat produced using organic and sustainable techniques is healthier, due to the lack of pesticides and other chemicals. It’s also safer for farmers, who do not have to handle dangerous chemicals. Finally, organic production has far less impact on the environment.

For small farms, the advantage of organic agriculture is clear—higher profits. Replacing chemicals with organic pesticides and fertilizers can significantly reduce costs. Because of consumer willingness to pay a premium for “cleaner” food with a smaller environmental footprint, farmers can charge more. According to Binu Subedi, a World Neighbors Senior Social Mobilizer in Nepal, “Organic farming is based on the insight that there really is no such thing as ‘waste.’ Finding a use for byproducts is the easiest way to cut input costs and raise returns.”

While organic techniques are becoming well-established throughout the world, there are still many techniques to learn from farmers in developing countries. These include animal-derived pesticides, closed loop aquaculture, simple low-water irrigation systems, and more.

Cooperatives. There are many successful cooperatives in the US and other countries. By banding together, small holder farmers cut out middlemen and gain leverage with purchasers. They also provide the resources to invest in marketing, government advocacy and other activities that build markets and increase sales.

Cooperatives are especially helpful—even necessary—in countries in where agricultural production is highly concentrated among a relative handful of dominant companies. The COVID-19 pandemic has put a spotlight on this reality in the United States’ meat processing industry. A handful of transnational companies dominate and have a monopoly on the industry. When meat processing workers got sick and meat production went down, the costs fell on workers and livestock farmers. The profits, in the form of higher meat prices to consumers, went to the handful of meat processing companies.

Small scale livestock farms, as well as processing plants, organized into cooperatives, could help address this. While the final products would likely be a bit more expensive, the meat is far less likely to become contaminated with E. coli, salmonella or other contaminants. In addition, smaller processing plants tend to be safer and have less environmental impact on surrounding communities.

Successful cooperatives in Kenya and other developing countries have a lot to teach, including how to generate capital through savings and credit groups. These groups pool savings of small holder farmers and loan to members at very low rates. They eliminate onerous loan conditions and show forbearance if borrowers encounter setbacks. Savings and credit groups are often the first step to larger, more comprehensive cooperative relationships. It’s time to introduce these mechanisms in the US so that small scale farmers can thrive.

Heritage Varieties. Industrial farming has resulted in consistent and attractive produce and meat. But to achieve this, and at the scale necessary for profitability, the variety has been greatly reduced. In most stores in the U.S., there are relatively few types of each fruit or vegetable. And these tend to have fewer nutrients and flavor than varieties grown and eaten prior to the domination of industrial farming. The same is true with meat. Factory farmed chicken and turkey are all but flavorless compared to traditional breeds.

The desire for more variety, flavor and nutrition is the reason many consumers are slowly rediscovering heritage or heirloom varieties. Produced on small farms, these products are often available at high end restaurants, farmer’s markets and specialty supermarkets. Of course, this is just how organics started.

Like organics, heritage produce and meat often command a higher price. When produced organically, that translates into higher profits for small farm owners.

Peru, Guatemala and many other countries in the Global South have a great deal of experience with indigenous produce.

The need to grow more of it is especially pressing now, as large food companies successfully market highly processed food in these countries. The result has been the worst of all worlds: Chronic diseases such as heart disease, diabetes, and obesity have reached epidemic proportions. Small scale organic farmers have experience cultivating produce that is healthier and can counter these diseases. A resurgence of these traditional varieties brings increased self-sufficiency and food security as well. This expertise—as well as the heritage varieties themselves–can and should be put to use on American small farms. As Olga Chivalan, a single mother who farms her own small vegetable garden in Guatemala said, “My neighbors and I grow a variety of fruits and vegetables, including those native to our region. We believe the reliance on indigenous varieties contributes to our community’s good health.”

Globalization—of ideas, goods, capital and cooperation—is a significant achievement. It can also have downsides. They include how food is produced, transported and consumed on a large scale. Ironically, those downsides are best addressed by more globalization. Specifically, small holder farmers in developing countries sharing their innovations with like farmers in developed countries. There’s never a downside to learning how to improve incomes, health and security in responsible and sustainable ways. 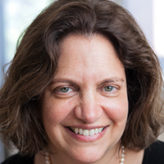 Dr. Kate Schecter is President and CEO of World Neighbors, where she is responsible for managing programs and operations in 13 countries in Africa, Asia, Latin America and the Caribbean.