These days, we’re ever more aware of how brittle the systems that support us are. From coronavirus to climate change, our food system is facing profound threats that could result in bare shelves at the grocery store. Among these threats is the decimation of the bees and other essential pollinators that are responsible for one in three bites of food we eat.

Without them, a trip to your local grocery store would be a sad affair. Many fruit and veggie bins would be empty, jars of nuts and cans of beans would be sparse, delicious favorites like chocolate and coffee would be unavailable. And even the dairy and meat cases would look bare since bees pollinate alfalfa and other crops eaten by cows.

A new Bee-Friendly Retailer Scorecard from Friends of the Earth ranks 25 of the largest U.S. grocery retailers on protecting pollinators from toxic pesticides. It shows important momentum in the sector  but reveals that these companies have a long way to go.

Major U.S. food retailer, Giant Eagle, just released a new pollinator health policy making the company the only top retailer to make a clear commitment to reduce toxic pesticide use, according to the scorecard. The policy commits Giant Eagle to eliminate use of a class of pesticides that is highly toxic to pollinators, called neonicotinoids, in its produce supply chain, taking a first step toward protecting pollinators.

In addition to Giant Eagle, in the past year Albertsons, Aldi U.S. and Rite Aid recognized the need to protect the bees by creating new pollinator health policies that encourage reductions in bee-toxic pesticides, and Kroger expanded a similar policy. Costco was the first major U.S. food retailer to establish a pollinator health policy in 2018. Only Giant Eagle’s policy includes a measurable commitment to reduce use of pollinator-toxic pesticides in its food supply chain. And the scorecard found that none of the companies evaluated track which pesticides are being used in their supply chains — a critical first step to understanding and reducing the highest risk uses.

While agriculture accounts for the vast majority of pesticide use, the scorecard also awarded points to nine companies for complimentary policies in their home and garden supply chains, including credit to Costco, Ahold Delhaize and CVS for commitments to end sales of Roundup and other glyphosate-based products.

From honeybees to bumblebees, study after study shows that bee populations are declining. This loss of bees is already causing shortages in key food crops in the U.S.

Bees are the canaries in the corn fields – their demise warns us that industrial agriculture is on a deadly track. Forty percent of insect species face extinction in coming decades according to a recent meta-analysis, leading the authors to warn of “catastrophic ecosystem collapse” if we don’t change the way we farm. Scientists warn the biodiversity crises we face is on par with the climate crisis.

A growing body of science shows that agricultural pesticides are one of the main drivers of what scientists are calling the “insect apocalypse,” along with habitat loss and climate change. Many pesticides commonly used to grow food in the U.S. kill pollinators and other beneficial insects. Among the pesticides of highest concern are neonicotinoids, glyphosate and organophosphates, including the notorious chlorpyrifos. These very same pesticides threaten human health.

While other governments have followed the science and banned key pollinator-toxic pesticides, the U.S. government has been expanding use of pesticides that we know kill bees and harm our health. Meanwhile, the five largest pesticide manufacturers  — Bayer-Monsanto, Dow-Dupont (Corteva), FMC , BASF and Syngenta — reap billions in profit from pesticides known to be highly toxic to bees and people.

In the absence of federal action, the grocery stores that sell our food have a major role to play in moving from pesticide-intensive agriculture to the organic and regenerative food system that we need. Their ability to continue to source abundant food depends on this shift, and they have the economic power to make massive changes in our food system. The top four alone — Walmart, Kroger, Costco and Albertsons — control $519 billion in food and beverage sales every year.

Consumers looking to help save the bees can seek out organic food. Research shows that organic farming can reverse pollinator declines and support up to 50 percent more pollinating species than pesticide-intensive agriculture. That’s because organic farmers grow food without using over 900 toxic pesticides allowed in conventional farming and often provide more bee-friendly habitat on their farms.

The scorecard analysis shows that Whole Foods and Trader Joe’s lead other major retailers on organic offerings. But for consumers looking to support retailers that source bee-friendly organic food, the report shows that they should seek out their local independent natural grocer. A survey of 36 independent food retailers across the country found that 94 percent (34 of 36) have already exceeded the benchmark that Friends of the Earth has challenged top grocery stores to meet: increasing certified organic offerings to 15 percent of total sales or products, while 64 percent (23 of 36) report that over 50 percent of their total sales are organic.

We have proven ecological solutions in the farming sector that can grow healthy, abundant food while protecting pollinators, contributing to climate solutions and bolstering farmers’ bottom line. Major U.S. grocery stores are among the biggest buyers of food produced with toxic pesticides. It is time that they implement policies that reflect the interrelated biodiversity and climate crises we’re facing and support a rapid transition to the ecological food system of the future. 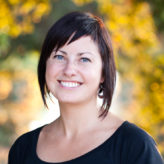